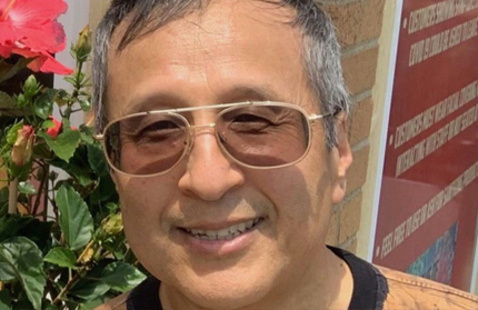 Oshita is associate professor and graduate chair of linguistics and director of the Japanese language program in the College of Arts & Sciences at Ohio University.

Abstract: My talk concerns English sentences like the following and the range of their grammatical acceptability:

Chris broke the vase to pieces. Pat swept the floor very clean. The angry man kicked a hole in the wall. The veteran trainer stared the tiger into submission. The audience laughed the poor singer into embarrassment.

The examples (1) to (5) have the same syntactic pattern, i.e., S-V-O followed by an additional phrase, and express a general meaning that the grammatical subject was involved in some event and as a result the grammatical object underwent some conditional change. The sentences like these are called resultative sentences, and their semantic and syntactic properties have been widely discussed in the literature (Goldberg 1995, Levin and Rappaport Hovav 1995).  Now, consider the following example, which is in the same syntactic pattern:

6. A big earthquake occurred many people to sudden death.

The intended meaning of (6) is obvious but how about its grammaticality? Is it acceptable on par with (1) to (5)? If not, how is it different from the others? Or, for that matter, are the examples (1) to (5) all grammatical to the same degree?

In this talk, adopting the lexical conceptual structure (LCS) and semantic predicate conflation (Kageyama, 1997) as an analytical framework, I argue that the example sentences above represent six contrastive LCS conflation patterns, which predict a declining scale of grammaticality in the given order. This prediction was tested with a grammaticality judgment survey administered to four language groups (native English speakers and L1 speakers of Japanese, Ukrainian and Vietnamese). Based on the obtained data, I discuss three major findings: (i) a judgment pattern common among the four language groups, (ii) a pattern significantly different between native and nonnative groups, and (iii) a pattern which separates the Japanese from the other groups. The significance of these findings is considered with respect to the theoretical analysis of resultative sentences as well as to the question of ultimate grammatical attainment of L2 learners of English.

"We are really looking forward to everyone joining us this year, either live in person or via Microsoft TEAMS to celebrate our anniversary," said Bell, who also invited alumni and friends to add their names to the donor wall by making a gift, of whatever amount, to the Linguistics Department’s crowdfunding campaign.

He noted that all funds go to support our students’ registration and travel expenses to conferences where they will present their research.

"And please stay in touch! Send us a message on our Linguistics FB page at https://www.facebook.com/LingDeptOHIO," he added.