A Conversation with Donna Brazile

By Division of Diversity and Inclusion 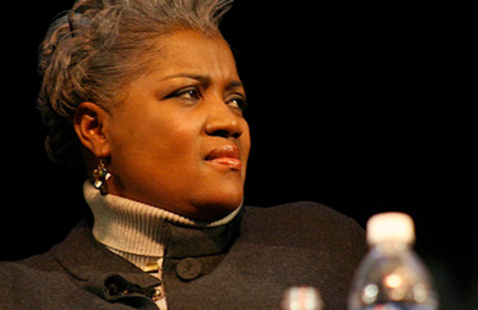 Hosted by: Division of Diversity and Inclusion, Multicultural Center, and BSCPB

Ms. Brazile is a contributor to Fox News and was formerly a contributor to ABC News and CNN. Ms. Brazile was the recipient of a Daytime Emmy Award for Outstanding Daytime Program, Good Morning America (2016-2017) in connection with her work with ABC. She has also been a syndicated newspaper columnist for Universal U’Click and a prolific writer with articles appearing in nearly every major newspaper in the nation. She moonlights as an actress and is especially honored to have made three cameo appearances on CBS’s The Good Wife, and two cameo appearances on Netflix’s series House of Cards. She most recently appeared on BET's Being Mary Jane. Ask her and she’ll tell you that acting, after all, is the key to success in politics.

Ms. Brazile has worked on every presidential campaign from 1976 through 2000, when she became the first African-American to manage a presidential campaign. She is currently on the board of the National Democratic Institute (NDI), the Congressional Black Caucus Foundation, and the Joint Center for Political and Economic Studies.

She is founder and managing director of Brazile & Associates LLC, a general consulting, grassroots advocacy, and training firm based in Washington, DC.

Division of Diversity and Inclusion

Register to attend at: http://bit.ly/3pngmmN

NOTE: Log-in information will be sent to those who register the day prior to the event.

it was great-Brazile is humorous and insightful, so full of energy and love of life. Very powerful.

This event was awesome! Loved the candid conversation.