Contemporary History | From the Black Panther Party to Black Lives Matter: Tracing the Contours of Social Protest in America, Oct. 22 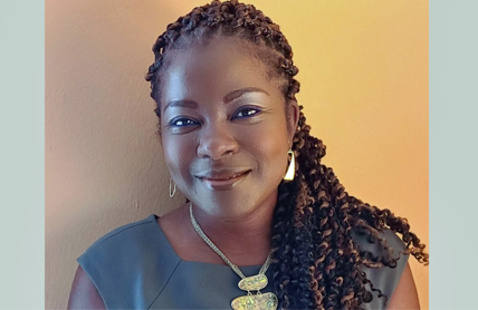 Spencer is a historian whose research centers on social protest after World War II, urban and working-class radicalism, and gender. She is an Associate Professor of History at Lehman College, City University of New York. In 2018-2019, she was Visiting Endowed Chair in Women and Gender Studies and Visiting Associate Professor of History at Brooklyn College. While there she created “Challenging Erasures: Reinscribing Black women’s history in New York,” an interdisciplinary series that engages the campus in the collective examination of race and gender as it intersects around issues of gentrification and displacement; police violence and historical memory; radical grassroots organizing; and artistic production.

In 2016-17 she received a Mellon fellowship at Yale University to work on her second book project, To Build the World Anew: Black Liberation Politics and the Movement Against the Vietnam War. This project examines how working class African Americans’ anti-imperialist consciousness in the 1950s-1970s shaped their engagement with the movement against the Vietnam War. In 2020-2021, work on this project was supported by an ACLS Frederick Burkhardt Residential Fellowship for Recently Tenured Scholars at the Institute for Advanced Study, School of Social Science.

Spencer had been invited to deliver the keynote address to the Ohio University History Graduate Student Association conference in March 2020, which had to be canceled due to Covid-19.

This event is free and open to the public. All interested students, faculty and staff are invited to attend.

Thank you so much! Wonderful presentation by Dr. Spencer! (please include speaker names on all materials including surveys--thank you!)