Democracy and Election Security in the Digital Age

By Center for International Studies 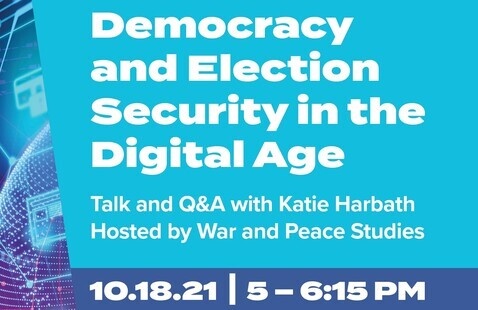 Democracy and Election Security in the Digital Age: Talk and Q&A with Katie Harbath. Hosted by the War and Peace Studies Program

A former public policy director at Facebook, Katie has worked on major elections around the globe, including in the US, India, Brazil, UK, EU, Canada, Philippines, and Mexico. Katie is an Atlantic Council Nonresident Senior Fellow and sits on the boards of the National Conference on Citizenship, Democracy Works, and the Center for Journalism Ethics at UW Madison. She was named one of the top 50 people to watch by Politico (2014), and has recently been featured on BBC World News, CNN, MSNBC, and the New York Times.