From the Hills and Hollers Appalachian Film Series: WE ARE MARSHALL with Nerissa Young 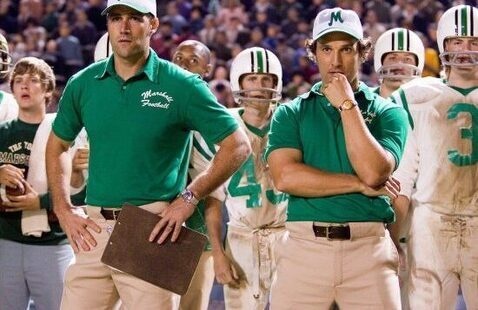 A true story of tragedy, hope, and resilience comes to the screen in this sports drama. Huntington, WV, is home to Marshall University, a school where college football is a way of life. Huntington is also a town that learned to deal with tragedy in the fall of 1970 when Marshall’s “Thundering Herd” boarded an airliner to return home after a football game in North Carolina. The jet crashed into a hill due to bad weather, and 75 members of Marshall’s football squad and athletic staff died that night.

The accident dealt a crippling blow to the city of Huntington, as well as Marshall’s faculty and student body, and university president Donald Dedmon (David Strathairn) considered abandoning the school’s football program. But instead Coach Jack Lengyel (Matthew McConaughey) was recruited from Ohio’s College of Wooster to rebuild Marshall’s football program. Lengyel was not naïve about the task ahead of him, and working beside Red Dawson (Matthew Fox), an assistant coach who narrowly missed the doomed flight and was one of the program’s only survivors, he came to understand his job was not just to put a team on the field, but help a college and a community heal their wounds from the tragic accident.