Gender, War and Peace | Women and Peace Negotiations: Before, During, and After, April 4 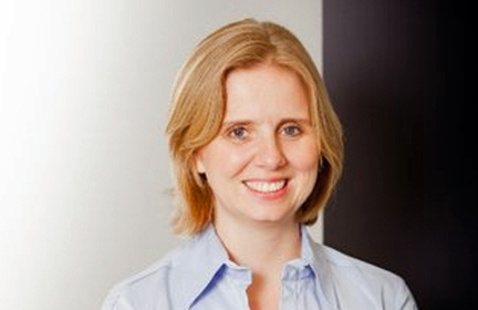 Gender, War and Peace | Women and Peace Negotiations: Before, During, and After, April 4

The Gender, War and Peace Speaker Series features a research talk and Q+A with Dr. Miriam J. Anderson discussing "Women and Peace Negotiations: Before, During, and After" on Monday, April 4, from 5 to 6:15 p.m. in Baker 231 and on Teams.

Anderson is associate professor in the Department of Politics and Public Administration at Ryerson University. She holds a Ph.D. from the University of Cambridge in Politics and International Studies and a B.A. (International Relations) and M.A. (Political Science) from the University of British Columbia. She researches non-state actors in international security, specializing on women’s participation in peace processes and in post-conflict politics. She is currently completing two Social Sciences and Humanities Research Council of Canada (SSHRC)-funded projects, the first of which explores the impact of gender-inclusive peace negotiations on women’s political influence in post-conflict politics and the second which follows a transnational women’s peace activist group following the collapse of a peace process. She is currently co-editing a special issue of International Negotiation with Galia Golan (Hebrew University) on women and Track I civil war peace negotiations.

Anderson has published two books: Windows of Opportunity: How Women Seize Peace Negotiations (Oxford University Press, 2016) and Transnational Actors in War and Peace: Militants, Activists, and Corporations in World Politics (Georgetown University Press, 2017) eds. with David Malet. Her work has also been published in Politics & Gender, Journal of Refugee Studies, Journal of Intervention and Statebuilding, and Commonwealth and Comparative Politics. She has held visiting scholar positions at the Institute for African Studies, Elliot School for International Affairs, George Washington University; Institute of Development Policy and Management, University of Antwerp; and at the School of International and Public Affairs, Columbia University.

About the new Gender, War and Peace Speaker Series

This event launches the new Gender, War and Peace Speaker Series, hosted by War and Peace Studies and the Center for International Studies. This new speaker series focuses on intersections of gender, war and peace in the international system. The series aims to promote new research and analyses on the gendered dimensions of contemporary security relations and to provide visibility on the efforts of local and global actors in pursuit of sustainable peace in conflict-affected communities.

Key themes of the series include: ongoing developments surrounding the UN-led Women, Peace, and Security Agenda; sexual and gender-based violence in sites of conflict and emergency; the gendered dimensions of militarization and the international deployment of force; and current and historical efforts of women peace builders and practitioners.

For more information on the series and War and Peace Studies, including our new 1-year M.A., please contact Jonathan C. Agensky at agensky@ohio.edu.