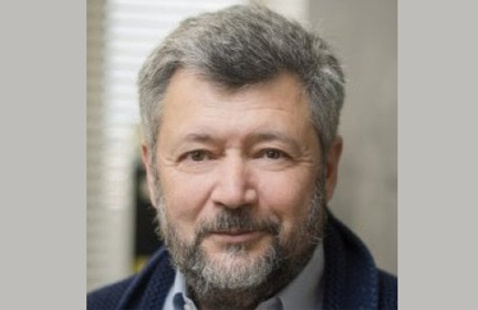 The Surender K. Jain Lecture Series at Ohio University presents Dr. Efim Zelmanov in a Mathematics Colloquium on "Growth functions and wreath products" on Thursday, Nov. 12, from 4 to 5 p.m. EST.

Zelmanov is Professor of Mathematics and the Rita L. Atkinson Endowed Chair at the University of California, San Diego. He is an expert in algebra. Zelmanov is known for his work on combinatorial problems in non-associative algebra and group theory, including his solution of the restricted Burnside problem. He was awarded a Fields Medal at the International Congress of Mathematicians in Zürich in 1994. Zelmanov earned a  Ph.D. in Mathematics from Novosibirsk State University in 1980 and an M.S. from Novosibirsk State University in 1977.

This colloquium talk is made possible by a contribution from Distinguished Professor Emeritus Surender Kumar Jain, who was a member of OHIO's Mathematics Department from 1970 to 2009. He is a cofounder of the Center of Ring Theory and its Applications and served as its first director from 2001 to 2009. Before joining the faculty at Ohio University, he was a reader in mathematics at the University of Delhi (1965-70). While at the faculty in Ohio University, he was awarded the status of distinguished professor. Currently, he is an Advisor and Professor at King Abdulaziz University, Jeddah, Saudi Arabia and an executive editor to the Journal of Algebra and its Applications.