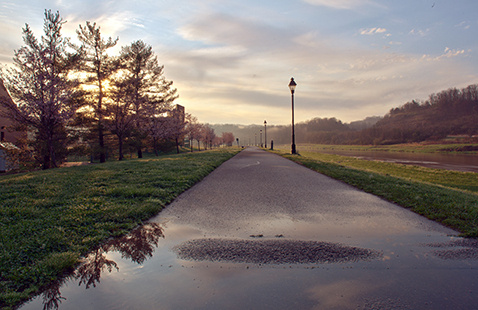 Abstract: One of the driving research thrusts in nuclear astrophysics is to determine the origins of the elements and follow their evolution.  This process begins in the primeval fireball of the big bang, proceeds to the interiors of stars, and continues with the transition of stars to compact objects. Nuclear reactions are the underpinning at each step in the formation of the elements.  By understanding the astrophysical environments via theory, high-precision cosmology, and multi-messenger astronomy, nuclear astrophysics will enrich the field of nuclear theory.

In this talk I will highlight two nucleosynthesis environments with ramifications for nuclear physics: the early universe and compact objects.  In the early universe, neutrons and protons fuse together to form the lightest nuclides during the epoch of Big Bang Nucleosynthesis (BBN).  In a core-collapse supernova or neutron star merger, free neutrons will capture on seed nuclei to form heavy nuclei like lead and uranium.  In both BBN and compact object ejecta, the entropy is large and many free nucleons exist to facilitate the synthesis of larger nuclei.  However, the two environments differ in a key respect with regard to the ratio of neutrons to protons prior to nucleosynthesis.  Symmetries in the early universe give a preponderance of protons in BBN, while properties of dense nuclear matter yield an excess of neutrons in compact object ejecta.  For both environments, weak interactions involving nucleons and nuclei influence the neutron-to-proton ratio and the subsequent formation of the elements.  Using elemental abundances to describe these astrophysical environments is only possible when viewed through the lens of nuclear reactions and the underlying nuclear theory.