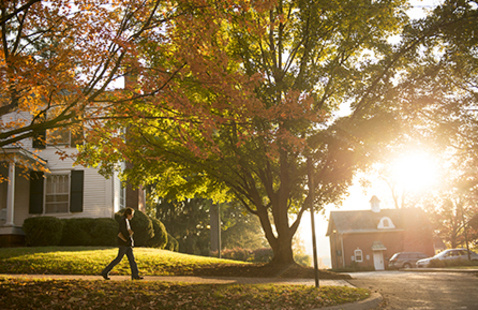 Abstract: Electrostatic pn junction boundaries provide a convenient geometry for the examination of quantum Hall edge states with microscopic probes. In this talk I will review our work in circular and rectangular geometries to examine the quantum Hall states which form in high magnetic field using scanning tunneling microscopy (STM) and atomic force microscopy (AFM) measurements. In circular graphene pn junctions a concentric series of compressible and incompressible rings form due to electron interactions. The compressible rings form from Landau levels at the Fermi level, and show single electron charging of the Landau level quantum dot when probed by scanning tunneling spectroscopy. In a rectangular Hall bar geometry defined by pn junction boundaries, the compressible strips form the topological protected edge states in the quantum Hall effect. For the graphene Hall bar device, we utilize simultaneous AFM, STM, and quantum transport measurements at mK temperatures, which we recently developed for detailed measurements of 2D devices in-operando. The Kelvin probe force microscopy (KPFM) mode of AFM detects the chemical potential transitions when Landau levels are being filled or emptied as a function of back gate potential and show the same fidelity for Landau level spectroscopy as STS measurements. In particular, broken-symmetry states can be resolved at filling factors ν = ±1 inside the N=0 Landau level manifold, showing the lifting of the graphene four-fold degeneracy due to spin and valley. With KPFM we can map the dispersion of the Landau levels across the quantum Hall edge boundary as a function of density and spatial position.